Year 2 talk to Serbia and Turkey


We talked to Serbia and turkey we asked them what their favourite food was and what they liked to do they said they liked to read.Their classroom is different to ours, their tables only seat two people but ours seat more.We want to Skype with Jamaica because we have been talking about that country .
We also asked them which sports they like and they both agreed that they  liked football.We were so exited when miss told us we were going to be talking to Turkey and Serbia we also wanted to know what the weather was like in their country.When we spoke to them today we couldn't see them but we could hear them when we talked to Turkey we told them it was hot outside then when we went out to play it started raining.We also asked them about their favourite book the children speak Serbian but they are learning to speak English  at school so they can talk with us.We felt excited when we found out they liked playing football and it is a good thing because they can get skinny . 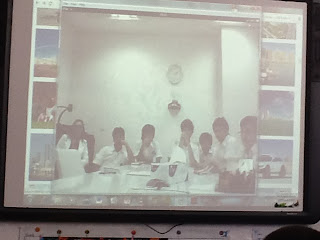